There is a reason San Francisco is considered one of the most desired cities in the world to live in. And it’s not just the booming tech industry in the area and proximity to Silicon Valley. There is a ton to see and do in this incredible city and if you haven’t been already, getting there is a snap with daily direct flights from YVR to SFO on Air Canada. If you are planning a trip the Bay Area here are some must-sees to add to your itinerary.

Alcatraz, a former prison, is now a National Park and one of the city's most popular attractions. It was originally an island that was home to the first lighthouse in the Western United States but became a federal penitentiary from 1934-1963, housing famous convicts such as Al Capone and George "Machine Gun" Kelly. Now, this once infamous prison island is part of the Bay Area’s 80,000-acre Golden Gate National Recreation Area and offers tours multiple times per day.

If there are any Full House fans out there, you will probably recognize the Tanner family house as one of The Painted Ladies. One of the most photographed locations in San Francisco, these pastel Victorian beauties are known as "postcard row" and can be found at at Hayes and Steiner Streets. What makes the spot so special is the striking contrast of historic houses that are back-dropped by downtown skyscrapers.

The Golden Gate Bridge is usually first on every tourist’s list to the Bay Area. Once called "the bridge that couldn't be built" today it is one the seven wonders of the modern world. It opened in 1937 after a four-year long struggle against relentless winds, fog, rock and treacherous tides. It spans 1.7 miles and is easily identified by its captivating Orange color.

At the summit of historic Telegraph Hill sits the 210-foot Coit Tower, an elegant tapering column that was built in 1933. It was built for the legacy of San Francisco’s colorful socialite Lillie Hitchcock Coit, who left a $125,000 "for the purpose of adding beauty to the city which I have always loved." The ground floor lobby is adorned with a series of fresco murals by some 30 local artists, depicting life in 1930s San Francisco.

Here you’ll find a waterfront marketplace and historic ships docked in the harbour as well as sea lions basking in the sun, seafood stalls and restaurants, steaming crab cauldrons and sourdough bread bakeries. An sea-lovers dream!

San Francisco is one of the few places in the world where people can ride on a national historic landmark. The city’s famous cable cars were first developed here in 1873 and are the world's last manually operated cable car system, a tramway whose cars are pulled along by cables embedded in the street.

So there are just a few attractions to check out if you are planning a trip to San Francisco. Happy Travels! 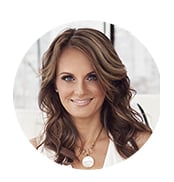