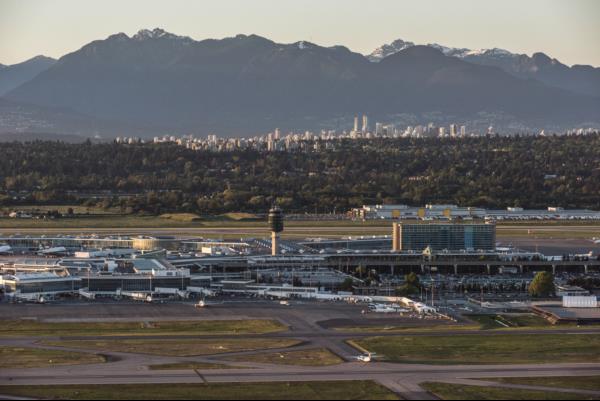 There will be one million job vacancies in British Columbia by 2025.

Put your hand up if you have seen or heard the news about a massive labour shortage? A show of hands if you’re worried about finding skilled workers? You may all put your hands down. When asked about their most-pressing challenges – recruiting and retaining smart, motivated employees is among the top answers given by CEOs or business leaders. But what if I told you there was this huge, largely untapped reservoir of British Columbians that were looking for meaningful employment? What if there was a demographic of young, traditionally ignored people who were looking for jobs? What if I told you that the key to success was hiring people who were nothing like you? Hopefully you’d read on.

There are currently about 334,000 people in British Columbia living with a disability.

That is more than 7% of the population of our province. And yet, they are massively underrepresented in our workforce. This despite some astonishing statistics that dispel every myth out there with regards to hiring people with disabilities. If you are a hiring manager or in any position to recruit talent and you aren’t looking towards this group then you are missing out on a veritable gold mine of innovation and productivity. Among employees with disabilities, staff retention is 72% higher. Studies show that 90% of consumers prefer a company that employs people with disabilities. I could throw stats at you all day – but I will stop and instead suggest you visit the Presidents Group website at accessibleemployers.ca, they have all the resources you need.

We’ve been facing some challenges with employment on Sea Island. But guess what - the very workers we are trying to find are quite literally our neighbours. Last year Vancouver Airport Authority signed a 30-year Musqueam Indian Band – YVR Airport Sustainability & Friendship Agreement. The agreement includes things like profit-sharing and protection of archeological resources. It also includes hiring targets, apprenticeships, scholarships, training and job opportunities for Indigenous youth. Musqueam have been stewards of the land for hundreds of years and now we are able to work alongside them for the benefit of both YVR and the Musqueam people. According to Statistics Canada, 24.3% of the Indigenous population in Canada is aged 15 to 24, compared with just 15.5% of the non-Indigenous population. By 2020, over 400,000 young Indigenous people will enter the workforce, adding to the 652,000 who are already of working age. This is the workforce of the future. Since February 2018, 25 Musqueam members have been placed in permanent positions and YVR and its partners have each committed to filling 10 jobs and contracts—to date, that’s almost 40 positions. If you don’t have an Indigenous recruitment strategy. Get one. Yesterday.

About 82% of Canadians want to eliminate the gender pay gap.

How that number isn’t 100% baffles me and I can’t believe I have to actually say this, but apparently this is still a hard concept for some people (men) to grasp – you should hire women.  At all levels of your organization. And you should be paying them equal wages. For the first time ever, the Executive Team at Vancouver Airport Authority is now mostly women. This is no accident. We have made a concerted effort to ensure that half of our workforce at all levels are women and that they are compensated equally. I was recently speaking at an event recognizing Women in Management. Yes, me – Mr. White Male CEO was standing in front of a room of women talking about how important it was for women to be in positions of power. The irony was not lost on me, but what struck me was how accepting they were of this notion that you need allies everywhere. So, to all my white male CEO counterparts out there, get with the times.

More than 67% of candidates want to join a diverse team.

I shouldn’t be telling you all this. You are all my competitors when it comes to recruiting the best and brightest. But I am so confident in the depth of this talent pool and so passionate about inclusive hiring that I see no downside to sharing the elements of our success. Studies show that people tend to hire people who are similar to them not only in appearance but approach. This doesn’t surprise me. I think I am pretty great, that person seems great too! But this is not the way to go. Hiring people who look nothing like me, have a completely different life experience and think about things in a completely different light has been key to our success. This diversity of background and insight will widen your talent pool, make your business more dynamic and keep British Columbia strong for decades to come. They aren’t hard to find, they are right here in beautiful B.C., and they are ready to work.