Through the Aviators: Part 8

The month of August has been a busy time for YVR’s Flight Crew summer festival series. At each community event, participants had the chance to enter our social media contest for a chance to win free flights.

Here are the event highlights: Celebration of Lights: A musical exhibit by day and fireworks showcase by night, Celebration of Lights was a summer spectacle enjoyed by both Vancouver locals and the Flight Crew themselves. Spanning over three days, we saw fireworks from Team Japan (AKARIYA Fireworks), Team United Kingdom (Jubilee Fireworks) and Team Canada (Royal Pyrotechnie). Congratulations to all the teams that participated and demonstrated a sensational fireworks show! 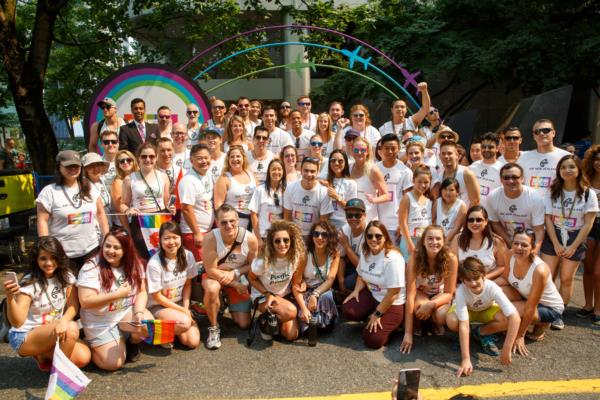 Pride Parade: On August 6, YVR partnered up with Air New Zealand to participate in the 2017 Vancouver Pride Parade. While temperatures were sizzling, it didn’t stop the team from dancing on the streets and handing out lollipops to the thousands of spectators who attended. The level of positive energy seen at the Pride Parade and Sunset Beach Festival was the greatest the Flight Crew had seen.

Abbotsford Airshow: Taking place at Abbotsford International Airport (YXX), the Abbotsford International Airshow happened on August 12 and 13 and showcases all things aviation. Featuring many demonstrations such as the SkyHawks parachute team and F/A-18 military fighter jets, the airshow gave spectators a unique show in the skies. Flying by the airshow at the speed of sound, the F/A-18 Super Hornet caught the eyes and attention of all event-goers. Our activation was also well received as we had future pilots and aviation industry workers come by our tent to test their knowledge on YVR trivia.

Richmond World Fest: What better way to end the Summer Festival Series than attend a community event right in our neighborhood – Richmond. The YVR Flight Crew will make a final appearance this summer at Minoru Park on September 1 and 2 for Richmond World Fest 2017. Major features include over 50 food trucks, 9 festival stages, 60 performances and many activities. The most exciting part is that this event will be FREE, so drop by and say hi to the Flight Crew.

Hope to see everyone at Richmond World Fest!