September 29, 2015 · Chris
Aircraft of the Month under Innovation

Very excited at YVR we are to be the first destination for the special R2-D2 ANA JET on October 18. So excited that we made it our Aircraft of the Month! 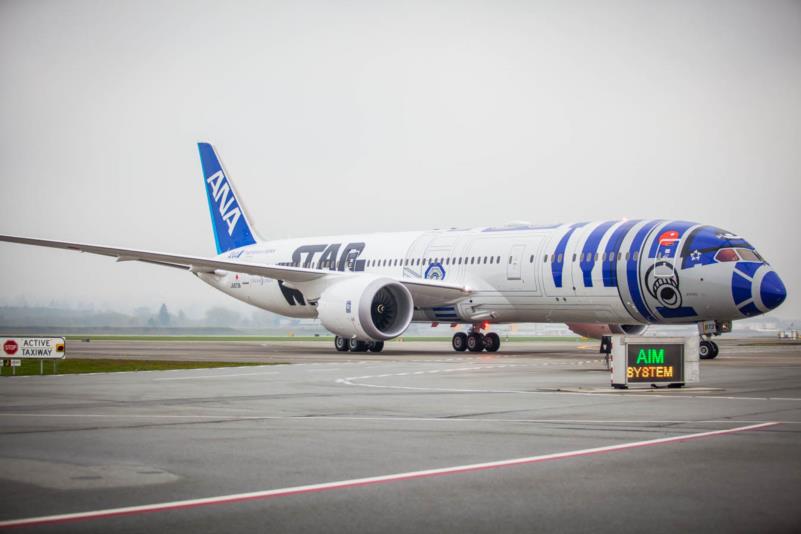 This truly one-of-a-kind plane made its debut at Paine Field in Washington State earlier this month to much fanfare. ANA streamed the event live which saw R2D2 and C3P0 both on hand for the first glimpse of this spectacular Star Wars-themed aircraft

This special Boeing 787-9 Dreamliner will begin its career by flying at a fan appreciation event in Japan on the 17th before taking off overseas to Vancouver for its first international flight on October 18, 2015. The extremely popular film franchise will be releasing the latest film in the series just a couple of months later so we are sure that plane spotters and Star Wars fans alike will want to catch a glimpse or take a ride on this rare bird.

After visiting YVR the plane will continue on to other international destinations such as San Jose, Seattle, Sydney, Munich and Paris leading up to the release of Star Wars: Episode VII - The Force Awakens on December 18.

Did you know? The first-ever landing of a 787 at YVR was actually an All Nippon Airways (the first Dreamliner customer) flight that was re-routed from Seattle to Vancouver due to heavy fog south of the border. 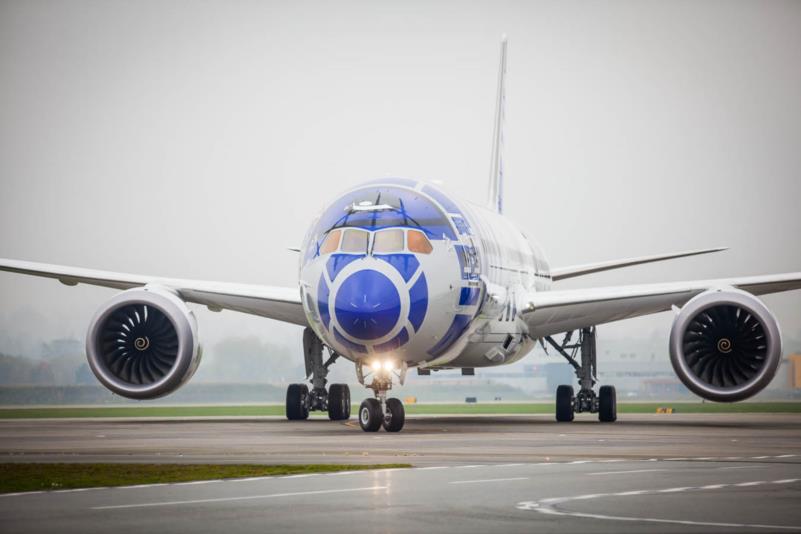